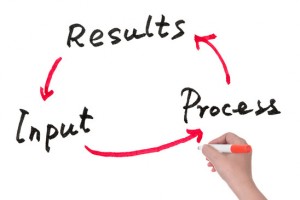 In a couple previous posts I’ve discussed using Query Objects instead of Repositories and the Mediator pattern.  I find creating query objects being used with the command pattern much cleaner than polluting repositories with a ton of query methods. The concept is nothing new as many people already use the command pattern in the context of executing commands/behavior following CQRS.   However, there is nothing wrong with using the same patterns for the query side. I’ve been using my own home grown solution of the mediator pattern in a few different projects but had nothing really formalized.  I was thinking about creating a simple library until I stumbled upon MediatR created by Jimmy Bogard. It is incredibly simple and only has one dependency, CommonServiceLocator. The Github repo has a good set of docs and some examples with different dependency injection containers.

I did notice the Unity example didn’t quiet work as described in the example. The Mediator class takes a ServiceLocatorProvider in its constructor which was not being resolved properly by Unity. In order to get it functioning correctly, I defined an injection factory and created the Mediator and passed in the UnityServiceLocator. My complete Unity configuration which is also using MediatR to publish events from NEventStore:

Although v1 has a dependency on CommonServiceLocator, it appears that v2.0 will not have any external dependencies.