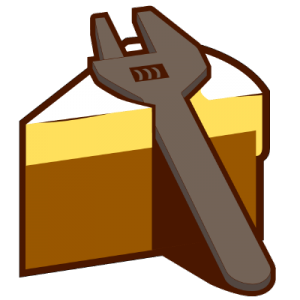 I’ve used various build systems for compiling, testing and deploying .NET based applications. TFS, VSTS, AppVeyor, TeamCity have had one thing in common. They all contained the configuration of my build, test and deploy pipeline in their system with no way to extract it.

If you prefer watching a video tutorial, I’ve added a video that outlines the same content as this blog.
https://www.youtube.com/watch?v=Y9T6568jlnc

Next we need to create our Cake script.  This script will define all the build tasks that the PowerShell Build Script (build.ps1) will execute. Create an empty file “build.cake” in the same directory along side the build.ps1. I recommend using VS Code along with the Cake extension to create and edit your build.cake file. 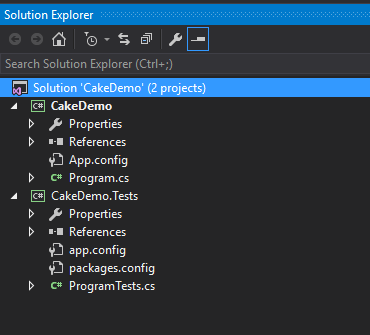 In our build.cake, let’s setup our first task to run MSBuild on our solution. Above we define a task named “Default” which calls MSBuild.  Then to invoke Cake by calling RunTarget specifying our default task. Now we can run our build.ps1 powershell script which will execute our build.cake C# script. 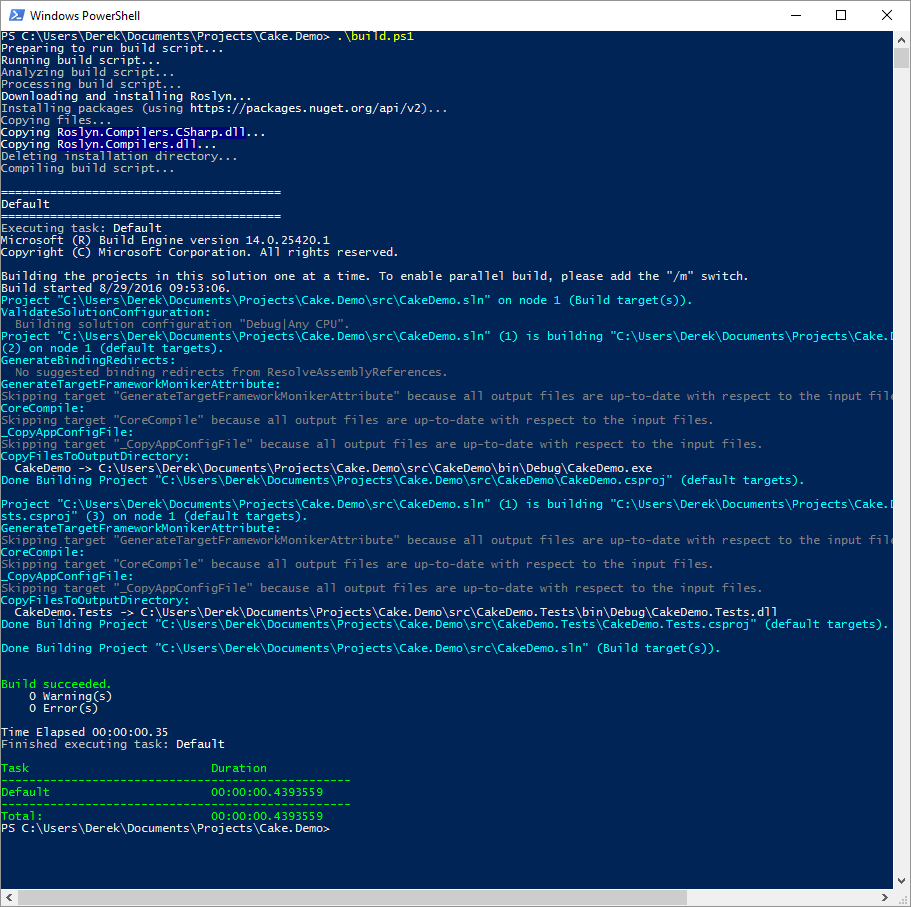 You can see that Cake downloaded some packages from NuGet which it requires to run the build, compiled our build.cake, and then executed it and its tasks (MSBuild). If we take a look in our bin\ directory, we can see all the build output files.

There are many different types of tasks you can define in your cake script.  Take a look at all the built-in API’s. A common task you may perform is running Unit Tests.  In my Demo I have a project with an xUnit test. We can run the xunit console test running from our cake script as well. The fist thing we do is tell Cake we need an external tool from NuGet. In our case we need the xunit console runner.  At the top of our build.cake script, add Now we can add a task to run our xunit tests. I’m going to modify our script a bit further in order to separate our compiling using msbuild and running our xunit tests into separate tasks.  You can tell Cake which tasks are depend on on others. In this example, our xUnit task is going to be dependent on a build. Let’s execute our build script again and see the output of our build and the xUnit console runner. 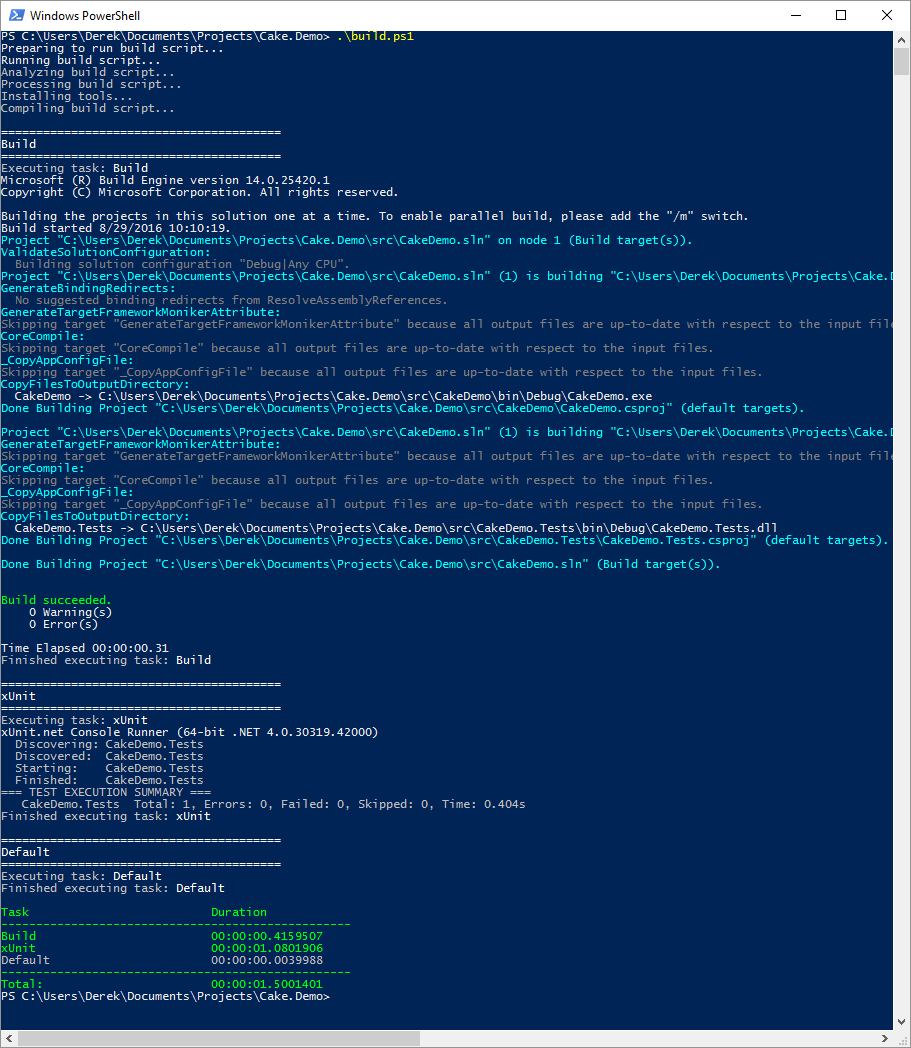 There are a ton of built-in tasks and the Cake documentation is really good.  Hopefully you can see the benefits of having a build script in code which can be version controlled and run anywhere. Let me know if you have any comments related to Cake or any other build automation tooling either in comments or on twitter.