Over the last several years, I haven’t done much work with ASP.NET 4 MVC.  I primarily have used ASP.NET Web API and then eventually went full on with Nancy.

My main reason for switching to Nancy for creating Web API’s was I wasn’t overly fond of the ASP.NET MVC/WebAPI Routing.   I really liked how you you defined routes in Nancy by specifying the route in the constructor of your Module/Controller which was close to the Action.

I tweeted this yesterday, and it seems I’m not alone.

I can’t say I’m a fan of attributes, that’s another blog post entirely, so I wont get into here.  But based on my current understanding of ASP.NET Core MVC, you can use Route attributes closer to the action.  So for my own experimenting, let’s give this a try and see how well it can work.

For reference, I’m using the ASP.NET Core Web API Template that comes with Visual Studio 2015.  All the source code for this blog post is on GitHub.

If we look at the ValuesController, it defines the base route as being “api/[controller]”.

If we translate this, we can make an HTTP call to  http://localhost:5000/api/values which should call the Get() method returning an string array.

Now let’s say I want to create a new method and define it a specific route “api/values/getmore” which should call the GetMoreStuff() method.

My first beginner thought was to specify a Route attribute on the action/method. 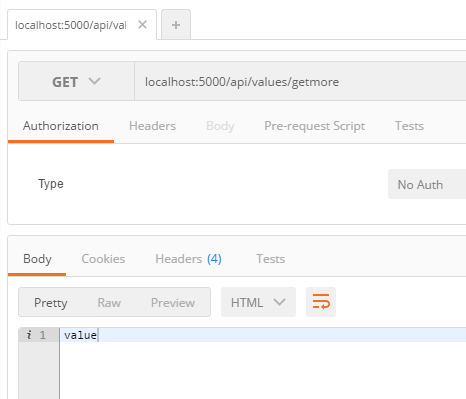 As you can see, it’s actually calling the Get(int) method and returning “value” rather than calling GetMoreStuff(). 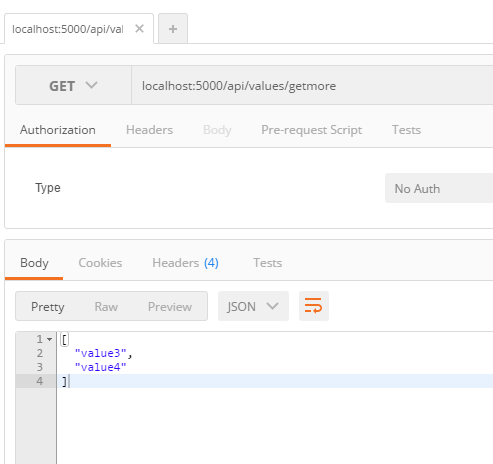 Huzzah! The results we expected.  However I’m not in love with the controller having the Route attribute to define the prefix to our route.  Let’s get rid of it and define routes per action/method. 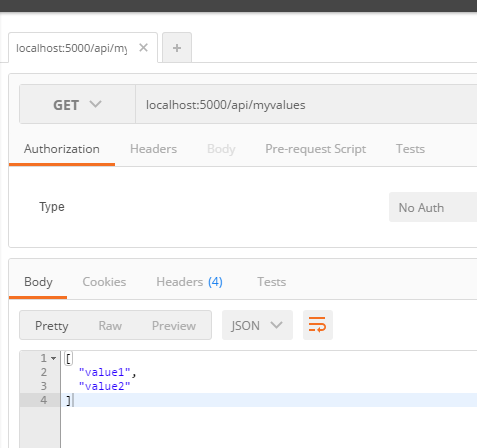 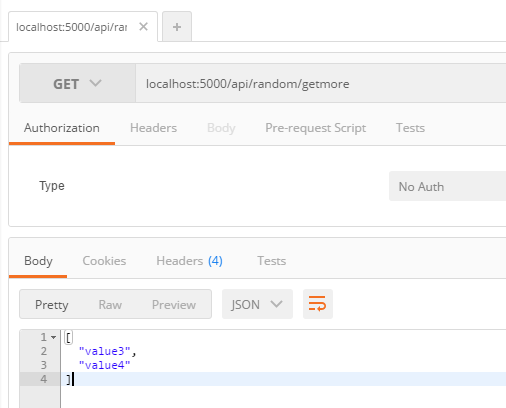 Closer to the Action

This definitely puts our routes closer to the action, however I’m still not in love with attributes.

Let me know if you have any other options for defining routes closer to the action, but more specifically, in code.