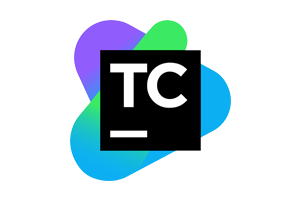 Service messages are specially constructed pieces of text that are used to pass commands/information about the build from the build script to the TeamCity server. To be processed by TeamCity, they need to be written to the standard output stream of the build, i.e. printed or echoed from a build step. It is recommended to output a single service message per line (i.e. divide messages with newline symbol(s))

What this allowed me to do was create a build step in PowerShell and use Write-Host to output a service message: This will create a new environment variable that I can use called %env.BUILD_DATE%

As mentioned, I use this build feature to modify the AssemblyInfo.cs, however, I immediately ran into an issue.

AssemblyInfo Patcher should be used with the automatic checkout only: after this build feature is configured, it will run before the first build step. TeamCity will first perform replacement in the files found in the build checkout directory and then run your build.

Once I had my dependencies defined, you can use build parameters from linked dependencies.  Now in the assembly patcher, I can use the environment variable by: %dep.[ConfigurationID].env.BUILD_DATE% 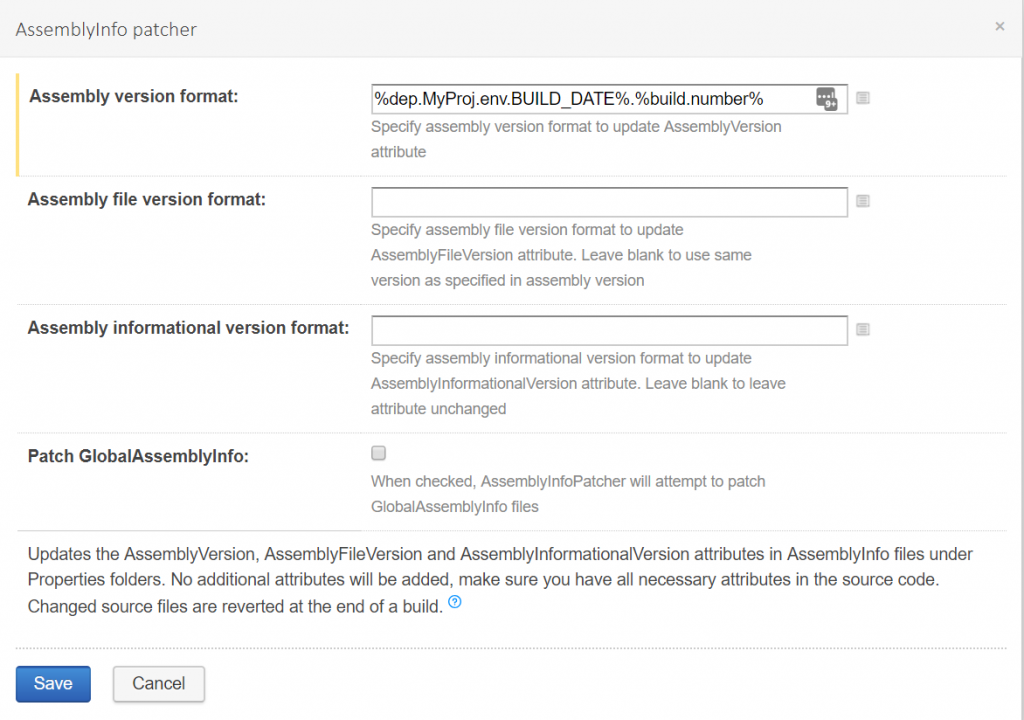